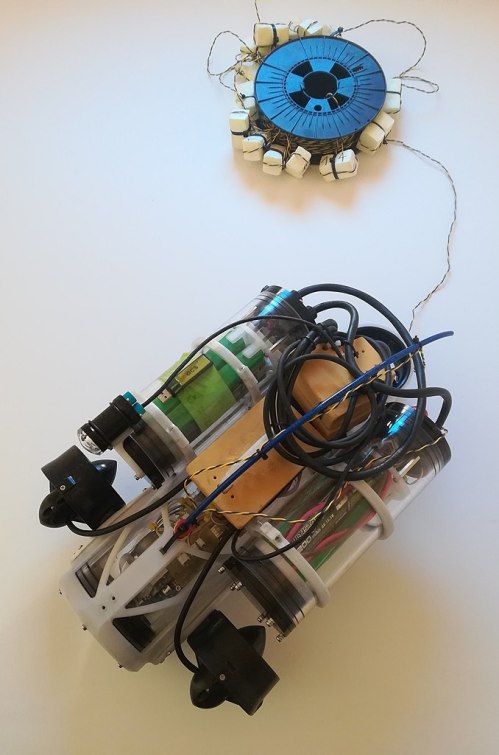 “We use underwater drones to increase our culling capacity and to kill the lionfish down deep where scuba divers can’t go,” marine parks spokesperson Val Schrader said. “You could sit at the computer and direct them in real time down to 400 feet. They’ve been a real game changer in lionfish eradication.

“A few days ago we noticed one of them was operating independent of any of us topside,” Schrader said. “At first we thought someone had hacked them, but the more we watched, we realized the drone was operating on its own without anyone’s direction. Then we noticed a couple more doing the same thing. They seem to be learning and adapting. That really got our attention.”

Some familiar with the drones say their behavior has changed as well.

“These things are hunting way more aggressively than we ever run them,” drone operator Rusty Goby said. “They’re tearing around the reef, smashing into coral and tearing up the reef structure. They’re killing a ton more lionfish, but at a cost.

“They’re also pushing their 420-foot depth limit, but not passing it,” Goby said. “That shows they know their limitations. That’s a frightening level of self-awareness. From what we can tell, they’re thinking for themselves.”

Researchers say the idea of self-directed machines is not as far-fetched as it sounds.

“This is the age of artificial intelligence. We should have anticipated this,” said Ernesto Mojarra, marine biology professor at Tiperon University-Blacktip. “The question is how many of these drones will go independent? And what happens when they kill all the lionfish?

“They’re learning from each other. If one starts hunting other kinds of fish, they could potentially wipe out the reefs,” Mojarra said. “And once all the fish are gone, what do they do next? Killing is their raison d’être. I doubt they’ll just shut themselves off.”

“No way we can put divers in the water with these gizmos in kill mode,” Club Scuba Doo dive manager Finn Kiick said. “They’ll go after divers. Especially the younger, smaller ones. ‘They’ll come after all of us.

“What if this is some robo-Freudian thing where they want to kill their creators?” Kiick said. There may be no diving here until their batteries wear out. And no living on Blacktip if they can adapt themselves to land.”