A Blacktip Island scuba instructor launched a new underwater taxidermy specialty course this week to the delight of students and the dismay of several local civic groups.

“Sport fishermen always want to mount trophy fish, but fish are tough to stuff,” Eagle Ray Divers instructor Gage Hoase said. “You lose the colors in minutes and the skin degrades as you work it. People usually take a cast of the fish, then pour a copy in resin. Underwater taxidermy looks more real than that.

“Taxidermy underwater keeps the skin fresh and malleable,” Hoase said. “We stretch skin over a mold, cure it on the pier, then touch it up with paint. Students start on yellowtail snappers and damselfish, then work up to bigger stuff.”

Students raved about the classes.

“I couldn’t believe how realistic the parrotfish I mounted was,” said Kitty Mitchell. “There’s no comparison to a resin casting. It has a stronger smell to it, but that just lets you know it’s real. And adds to the value.

“Gage walked us through how to use the knives and curved needles and hide stretchers,” Mitchell said. “And we make the molds from washed-up turtle grass, so it helps with beach cleanup, too.”

Others noted the hazards of underwater taxidermy.

“You’d think the biggest worry would be sharks, but it’s really those swarms of little snappers. They bite chunks out of your fingers when they go after the skin you’re working,” Palometa Fischer said. “Sharks are a concern, sure, but we have spotters to keep them away. Those snappers are vicious.”

“Blacktip’s famous for its marine park, for protecting its marine life, and now Gage is teaching a class on how to skin fish and stick them on the wall?” People for the Ethical Treatment of Animals president and treasurer Harry Pickett said. “People come here to swim with live fish, not make grotesques. This runs counter to the island’s ethos, and we’ll be protesting roadside until it stops.”

A second group of picketers launched a separate protest nearby.

“Gage and them’re solving a problem that doesn’t exist,” said protest organizer Dermott Bottoms. “Blacktip don’t need taxis, you know. Don’t have a car, or your bike breaks, someone’ll give you a ride. Taxis’ll destroy Blacktip. What’s next after that, buses? Trolley cars?”

Hoase was quick to defend the course.

“Sport fishing is just as much a part of Blacktip as scuba diving,” he said. “We only stuff fish caught outside the marine park. And we do the taxidermy outside it, too.

“Harry’s fine with drinking a beer under the mounted marlins at the Ballyhoo, but he’s protesting how those marlins get made? That’s hypocrisy. And as for Dermott, I have no idea what he’s talking about. But that’s nothing new.”

“We’re working on building a walled-off taxidermy pool by the dock that keeps other fish out,” he said. “We tried protective netting, but a couple of barracuda managed to get through the mush and things got ugly.”

Blacktip Haven divemaster Peachy Bottoms takes a break Thursday before briefing a group of resort guests about an upcoming dive on a Blacktip Island reef. (photo courtesy of Christopher Brown)

A Blacktip Island scuba resort began offering silent, mime dive briefings this week to accommodate as diverse an array of divers as possible in the Caribbean island’s competitive scuba market.

“We want to be totally inclusive,” Blacktip Haven owner Elena Havens said. “We already offer briefings in Spanish, French, German and American Signing so it’s really just a matter of adding one more language to serve our growing number of mime divers. Plus, it calms some non-mime guests who aren’t comfortable with spoken briefings or eye contact.

“You get the guests’ complete attention when you mime all the fish they’ll see. And all the coral,” Blacktip Haven dive guide Rusty Goby said. “They love it when you do the ‘walking against the current’ bit. And when the invisible box of dive time gets smaller and smaller around us.”

“You don’t need the striped shirt and beret, but they help,” Goby added. “Quinn Blenny has a striped wetsuit that totally rocks. And when he smears white sunscreen all over his face, you’d swear you were on a Parisian street corner. In a good way.”

The briefings are not without their critics.

“Some non-mime guests love the briefings, but others have zero tolerance,” divemaster Peachy Bottoms said. “And, boy, do they take it out on us. We had to put in new safety rules. There’s no dive knives allowed on board now. Or spears. Or pointed sticks.

“I think it’s a great thing Elena’s doing,” said Eagle Ray Cove owner Rich Skerritt. “ERC’s chock-a-block full right now with Haven guests getting as far away as they can from those damned mimes.

“That kind of thing may play well up there, but the folks we attract won’t stand for it,” Skerritt said. “We’re pushing The Cove as a ‘mime-free zone’ on our website, and the bookings are already piling in.”

“We heard all the jokes and all the scoffing, and we asked ourselves, ‘what would Marcel Marceau say?’” she said. “Long story short, we’re doubling down. We’ll have the best briefing options on the island.

“We’ll have staff offering evening mime classes for guests as well,” Havens added. “We even have two of our scuba instructors working up a Mime Diver specialty course, complete with confined water exercises for practice.”

Local dive staff will compete this weekend in the second annual Blacktip Island Lord of the Rings underwater wedding ring-finding contest to hone their scuba search and recovery skills.

“There’s been a spike in the number of lost rings lately, which makes these skills even more important,” Latner said. “The speculation’s some rings are getting lost on purpose, but I couldn’t speak to that. Some divers are happier than others to get their rings back, though.”

The two-day, double-elimination contest will take place in multiple rounds on a variety of underwater terrains, including a patch reef, hardpan, bare sand and turtle grass flats.

“To jack up the stakes, we use a real wedding rings, too,” Club Scuba Doo dive manager Finn Kiick said. “We pull names out of a hat to see whose ring gets chucked overboard. Last year, Kay Valve about had kittens for hours until Lee Helm finally found her ring in the third round.

“If there’s a tie, the two finalists’ll be tied together at one ankle, like in a three-legged race, and dropped on Alligator Reef at night,” Kiick said. “That’s some gnarly topography, and if you can find a wedding band there, you’re the mac daddy of S&R diving.”

The contest has few rules.

“You have to find the actual ring that’s tossed in,” said Blacktip Haven resort owner Elena Havens. “You can’t just take a fake ring down with you to faux-find.

“There’s also no metal detectors allowed,” Havens said. “The idea’s to simulate an actual ring being lost on an actual dive, and none of our boats have metal detectors. Using one, well, would defeat the purpose.”

Island dive staff are eager to start the competition.

“It’s a rush, sure, but being able to find an actual wedding ring is a critical professional skill,” Eagle Ray Divers divemaster Gage Hoase said. “Someone loses a ring, it ruins their vacation, and unhappy guests leave unhappy tips.

“The flip side’s if you can find the ring, your grats jump through the roof,” Hoase said. “That’s job security right there.”

As with any island contest, authorities warned anti-gambling ordinances will be strictly enforced.

“These things get cutthroat, and the urge to wager goes hand-in-glove with that,” Island Police Constable Rafe Marquette said. “Anyone placing bets this weekend, even informally, will face the full measure of the law.

“Alison Diesel and Marina DeLow have the sharpest eyes on the island, so we’ll be watching their friends closely,” Marquette said. “If gambling was legal, I’d have $100 on Marina. Theoretically.” 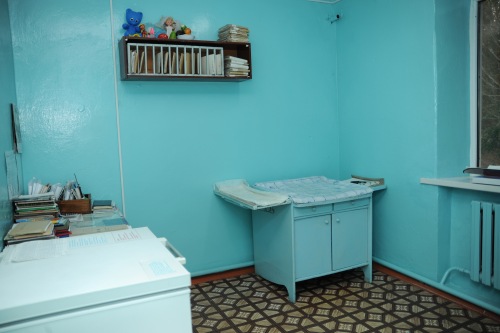 Blacktip Island residents are busy cataloguing their medical woes this week in anticipation of the arrival of the Caribbean island’s first visiting physician of the year.

“There’s not enough people on Blacktip for us to have a full-time doctor,” island mayor Jack Cobia said. “The good news is there’s a regular circuit of traveling docs willing to swap a few days in the island clinic for free lodging and diving.

“We get about three itinerant doctors a year,” Cobia said. “Last year we had a cardiologist, a GP and a dentist. We had a chiropractor, too, but we only covered half her lodging, and none of her diving. Next week, we get our first proctologist.”

Community leaders were busy spreading the word about the upcoming visit.

“A proctologist might seem a bit offbeat, but it’s an M.D. willing to come here, so we can’t be choosy,” longtime resident Frank Maples said. “Truth be told, we’ve actually quite the need for a proctologist. You wouldn’t believe the issues we have with a-holes.”

The doctor was equally upbeat about his visit.

“I can’t wait to probe into the islanders’ medical issues,” Dr. Buddy Pucker said. “A tropical island that small and that isolated, there’s no telling what I’ll root out. That’s the draw. With luck, I’ll discover something previously unknown that they’ll name after me.”

Not all residents were happy with the physician’s visit.

“We’re naturally healthy, you know,” Fletcher said. “If we get sick, or hurt, well, we just suck it up. And apply the appropriate alcohol, externally and internally.”

Others were more antagonistic.

“People wanna see some off-island quack, that’s their business,” Horn said. “But you can get better results just drinking pond water. And ‘Tonio’s home brew’ll cure most ailments, without him chucking pills at you.”

“If the seas lay down and the vis is good, I may have to cancel an afternoon here and there,” he said. “But I’ll make it up with Tuesday and Friday office hours. By appointment. Or teleconference. If possible.”

“Between now and Christmas we’ll also have a hepatologist, cardiologist and, with luck, a psychiatrist,” Cobia said. “That covers the Big Four of Blacktip Island demons.”