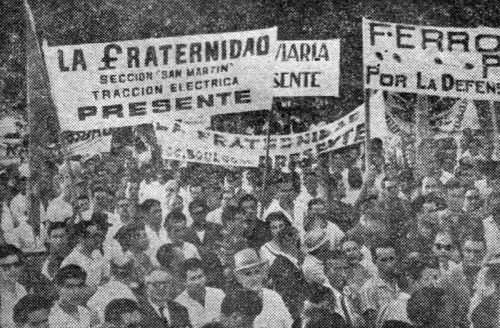 In a move sending shock waves through the Caribbean scuba diving community, dive staff at all Blacktip Island’s resorts have gone on strike demanding better compensation.

“We tried talking to the resort owners rationally,” Divemaster’s Local #138 president Finn Kiick said. “They turned a deaf ear. Now we’re playing hardball, shutting down the dive sites. We’re the ones who built up these dive operations and keep them running every day while the owners sip champagne.

“They’re exploiting us, and their greed perpetuates the economic gulf in the island’s society.”

“Exploiting, hell,” Sandy Bottoms Beach Resort owner Sandy Bottoms said. “We give these people jobs, pay their wages. They want a scapegoat for their personal failings and lit on us.”

“What proper society isn’t greedy?” Eagle Ray Cove owner Rich Skerritt said. “Greed transformed this island from mass subsistence to mass prosperity. Left to their own devices, these damn scuba hippies wouldn’t know enough to come in out of the rain.”

At the heart of the strike is the divemasters’ pay and benefits.

“We get whacked in the face with peed-in wetsuits,” union president Kiick said. “We get weight belts and scuba tanks dropped on our feet. We laugh at the same stupid jokes week-in and week-out. All without complaint.

“They need to stop the drug and alcohol testing, as well,” said union member Lee Helm. “That’s pure systemic repression, that is.”

“I save up money all year to come diving, and these yahoos shut down the dive sites?” a Sandy Bottoms Beach Resort guest said. “Hell, I’d do their job for free!”

“We tried letting guests act as divemasters and boat captains,” Blacktip Haven owner Elena Havens said. “We lost a group of eight divers the first morning and had to drag our boat off the reef. We’ve had our guests watching old Sea Hunt episodes in full scuba gear ever since.”

“We’re flying in replacement staff from the big island,” Eagle Ray Cove’s Skerritt said. “For every union-boy, there’s a hundred divemasters begging to take their place. We’ve cut off our dive staff’s bar privileges, too.”

Union organizers have responded by blocking the island’s lone airstrip.

“We have picketers lined up three deep across the runway,” Kiick said. “They can’t bring in scabs if they can’t land an airplane. We have picketers on scuba at all the dive sites, too, in case guests get the notion to shore dive.”

In the interim, resort owners have hired local residents to fill in as dive staff.

“I’ll lead dives myself before I knuckle under to these Bolsheviks,” Skerritt said. “They’ll be begging to shovel iguana crap by the time I’m done with them!”

“If guests understood the issues, they’d back us 100 percent,” picketer Helm said. “Plus, if football players making £5 million to work half a year can go on strike, why can’t we?”