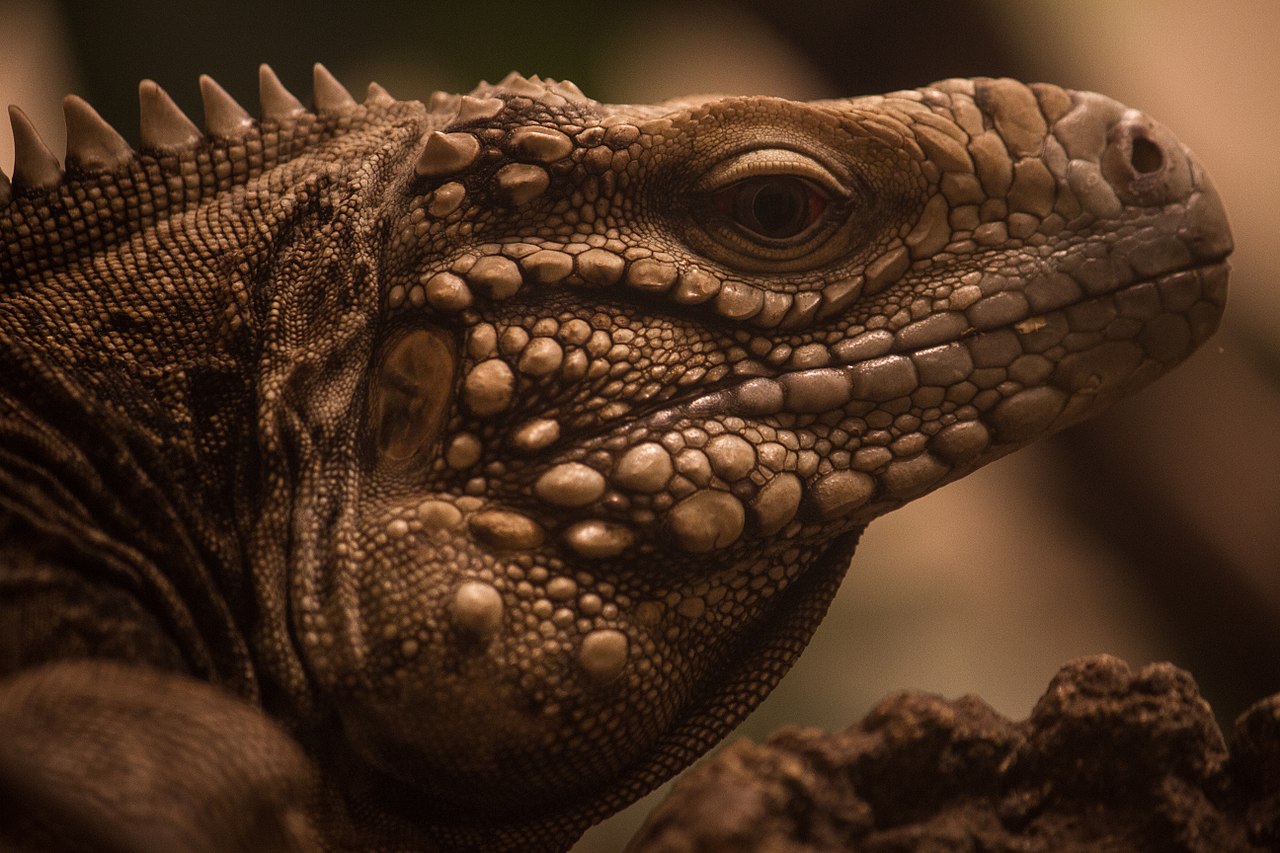 A group of racing enthusiasts this week launched an iguana-and-land-crab racing league to help bolster their incomes. (photo courtesy of Kitty Terwolbeck)

In an effort to boost income while tourism is shut down due to COVID border closures, Blacktip Island sporting enthusiasts this week launched an iguana-and-land-crab racing league they hope to market to subscribers worldwide.

“It has everything: it’s a competition, it’s unique and people love a good race,” Rocky Shore said. “Clete Horn’s the one who came up with the idea of having those little, red, baby land crabs ride as jockeys on some of our island iguanas. It’s the novelty of the thing that’ll get folks to subscribe.

“The trick is to piss off the little crabs so they’ll clamp their claws down on an iguana’s back spike,” Shore said. “It’s a tricky balance—you don’t get the crab mad enough, it’ll let go mid-race and you’re disqualified; get it too pissed, it’ll turn on you and give you a nasty pinch.”

“This is not some new sport. It’s textbook animal cruelty,” People for the Ethical Treatment of Animals president Harry Pickett said. “They abuse the crabs to get them to clutch the iguanas, then they abuse the iguanas by sticking the crabs on them. Neither crabs nor iguanas asked for this, and all would run away from it if they could.

“There’s no upside,” Pickett said. “There’s no mitigating factors. Quite the opposite. This is a horrific act, all for money and twisted entertainment. At the animals’ expense.”

Some on the small tropical island disagreed.

“Harry and his gang need to lighten up,” Goldie Goby said. “It’s just good fun, and the crabs and iguanas seem to enjoy it. They’re fine afterwards, and there’s no shortage of either on the island.

“You should see those iguanas tearing down the track, with little red crabs hanging on for dear life,” Goby said. “‘Tonio Fletcher’s got a couple of bad-ass iguanas that are beating all comers. No telling what he’s feeding them but they go like scalded . . . well, scalded iguanas.”

“We’ve put a few races on YouTube to attract attention, build the interest, but we haven’t sold any subscriptions just yet,” Clete Horn said. “But all it takes is that one person seeing it and passing on the word, and we’ll be golden. We’ve got a long way to go, but we’re nearly there.”

Island authorities have warned locals against betting on the races.

“As fun as these races are, gambling is still illegal,” Island Police Constable Rafe Marquette said. “I’ve posted notices, and talked to all the parties involved, warning I will arrest anyone caught placing wagers. I gave ‘Tonio a second, sterner talking-to yesterday when he brought me my winnings.” 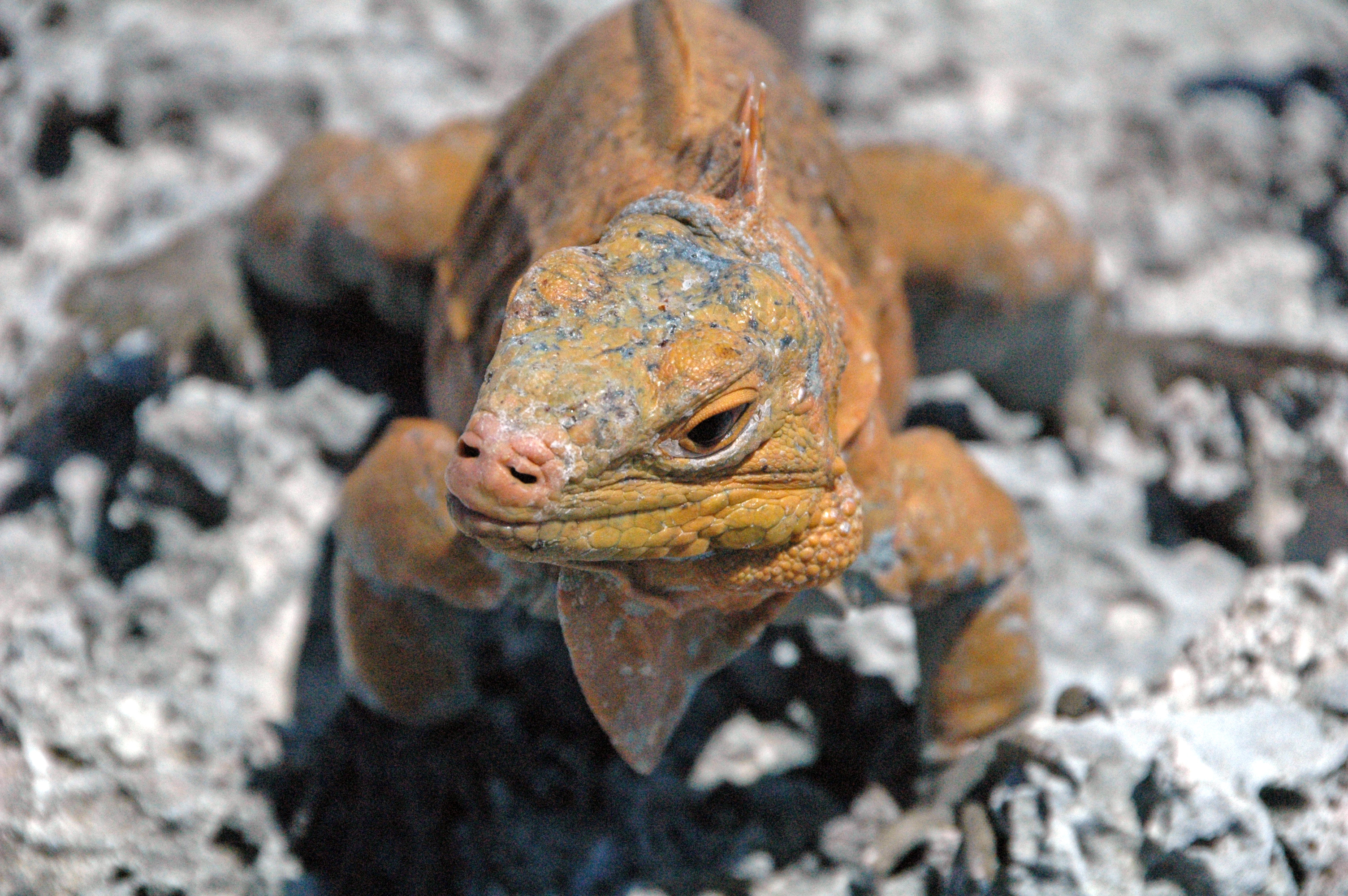 The latest trend in yoga has been given a topical twist at Blacktip Island’s Blacktip Haven resort, where guests can now participate in yoga sessions while the island’s rock iguanas crawl around, on and over them.

“We wanted to get in on the goat yoga craze, but there’s no goats on the island,” yoga instructor Bindy Pigeon said. “Then an iguana wandered in on a yoga class. No one moved, so it stayed and ended up climbing on top of a prone student. That’s when the light bulb went off.

“Turns out, iguanas are better than goats,” Pigeon said. “They love the body heat, and once they settle in they’ll stay on your back or stomach or head for as long as you let them.”

The classes have proven popular with tourists and locals alike.

“It’s way better than plain yoga,” said Blacktip Haven guest Marlin White. “The interaction with nature helps you center yourself better physically and mentally. And there’s nothing quite like a resting iguana on a downward dog.”

Other students, though, saw drawbacks to meditation with the reptiles.

“It can be a bit of a distraction when one starts munching on your hair,” Blacktip resident Cori Anders said, “And you have to make sure they don’t poop on you. That’ll get you uncentered in a big-ass hurry. And those claws!”

Resort management stressed the classes are safe as well as eco-friendly.

“Sure, we had a couple of students get clawed,” Blacktip Haven owner Elena Havens said. “But the scratches don’t bleed much and we keep plenty of antibiotic cream on hand. You have to expect that with wild animals. It’s what makes our yoga sessions so effective.

“These iguanas aren’t trained or restrained or coerced in any way,” Havens said. “We toyed with land crab yoga, too, but there was no way to do that without catching the crabs and penning them here. And they wouldn’t stay still long enough to be therapeutic, anyway.”

Community leaders have embraced the classes.

“It’s something to do on the island that doesn’t involve alcohol,” the former-Reverend Jerrod Ephesians said. “For Blacktip, that’s revolutionary, really.”

“People can laugh all they want, but this is just one more unique thing that draws visitors to Blacktip,” island mayor Jack Cobia said. “The classes are so popular, Bindy’s turning students away. And Elena’s resort’s booked solid for the next six months.”

Pigeon shrugged off the nay-sayers.

“People can snicker all they want,” she said. “Iguana yoga’s the real deal and it’s here to namaste.”