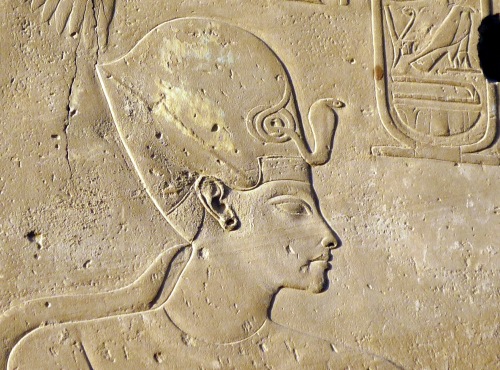 “Our collective jaw hit the floor,” lead researcher Goby Graysby said. “We knew there was something unique about us, but the hypothesis going in was excessive inbreeding. We in no way expected this.”

The Blacktip DNA samples were compared to samples from 137 New Kingdom mummies from Abusir-el Meleq in central Egypt.

“It does explain a lot, Graysby said. “Antonio Fletcher in profile is a dead ringer for Amenhotep I, but we always thought that was from too much rum. And most locals’ handwriting could pass for hieroglyphics. Heck, Blacktippers even walk like Egyptians.”

The discovery sparked debate about how Egyptians might have arrived on Blacktip a thousand years before the Caribbean island was thought to be populated.

“It also speaks to why there’s so many cats running loose on the island,” Altschul said. “And our climate, combined with rum, is perfect for mummification. I wouldn’t be surprised if we found mummies in some inland caves, now that we know to look for them.”

The news has increased interest in archeology among locals.

“There’s some odd rock carvings inland that people’ve ignored for years,” divemaster Marina DeLow said. “And coral heads that look like stepped pyramids – we just assumed they were Mayan. This Egyptian heritage, it makes me even more proud to be from Blacktip.”

Others noted striking Egyptian parallels in the island’s infrastructure.

“Most people don’t realize Blacktip’s resorts are laid out in a grid that aligns with the sunrise at solstice and sunset at equinox, just like the Great Pyramid,” said the former Rev. Jerrod Ephesians, head of the island’s Rosicrucian Order. “You have to hold the map just right, and squint, but the pattern is unmistakable. That couldn’t happen without sophisticated outside influence.”

“We’re renovating our lobby as a scale replica of ancient Karnak,” said Eagle Ray Cove owner Rich Skerritt. “And all the rooms will have early New Kingdom-themed bas-relief carvings on tan plaster walls.”

“We still have to trace 3,500-year-old bloodlines, check for possible royal connections, you name it,” Goby said. “We have years of study ahead of us.”

“The original inbreeding hypothesis is still very much on the table,” Goby added. “Ancient Egyptian royalty was notorious for that. It may turn out to be less a small, isolated populations thing than it is a genetic predisposition thing.”