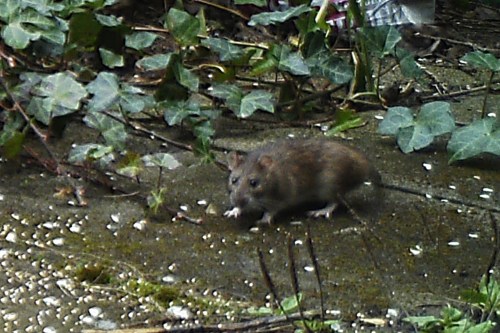 “Folks need a pick-me-up, and there’s people hurting because of all these COVID shut downs,” ARSE president Jay Valve said. “We decided to kill two birds with one stone and have a pest-themed fundraiser. It’ll put smiles on lots of faces, and raise some needed money, too.

“The island’s eat-up with rats and roaches, so we decided to make light of that,” Valve said. “We’ll have cockroach jockeys mounted on island rats running through mazes. We figured, if you can’t beat them, race them.”

Organizers said the rules are few, but strict.

“Jockeys can be attached to the mounts any way the racer sees fit, but rider and mount must cross the finish line together or be disqualified,” Wendy Beaufort said. “Rats will be placed in identical mazes, and maze doors will be opened simultaneously. Racers aren’t allowed to prod their rats, but we’ll have bits of rotting fish at the far end of each maze to coax them on.

“Most folks’re using super glue to keep their jockeys on, but a few are experimenting with duct tape, or even fly paper,” Beaufort said. “There’s no size or weight limit, so the smart racers’ll be gluing little roaches onto biggest rats they can catch. Each rat’ll be color coded and numbered, too.”

“A lot of folks are grabbing rats from near the dump, but those things’re slow and dumb,” Bill Fische said. “Me, I trapped one of those nasty, big-ass rats from down on the south end. They’re tricky to catch, and to hold still while you attach the jockey, but it’ll pay off on the race course. You just have to double up on your leather gloves.”

Island authorities have cautioned against betting on the races.

“All wagers are illegal and will not be tolerated,” Island Police Constable Rafe Marquette said. “Plaguebringer may be a tempting bet at 4:1, but that doesn’t mean there won’t be severe consequences for anyone else betting on her.”

“Folks come here to escape the rat race. Now they created one,” Herring Frye said. “Kinda defeats the purpose, if you ask me. And they’re running it at the Ballyhoo ‘cause last time ARSE tried something like this at the Heritage House, the rats got loose and chased people all over creation. It was beautiful to watch. From a distance.”

Metallic-painted rat traps will be awarded for first, second and third place. Proceeds will go to the Blacktip Island COVID Relief Fund.

All rats and roaches will be humanely euthanized at the end of racing, despite the protests of the island chapter of People for the Ethical Treatment of Animals.