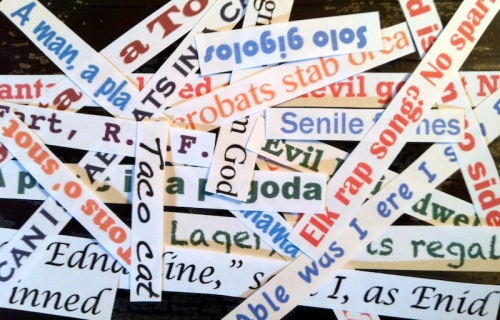 The winner of Saturday’s palindrome slam will name one of the Caribbean island’s new scuba dive sites.

“It’s a celebration of our cultural heritage,” event organizer Emma Lamme said. “Blacktip has been at the forefront of international palindroming for generations. People think of Blacktip Islanders as a bunch of beer-swilling scuba bums and fishermen. This event shows we’re so much more than that.”

“Show up with something weak like ‘racecar’ or ‘do geese see God,’ you’re going down hard,” contestant Lee Helm said. “Last year I threw down ‘go hang a salami, I’m a lasagna hog’ and finished dead last.”

“There’s several dyslexic locals who are absolute wizards at palindromes,” Emma Lamme said. “We wanted to disallow them this year, but we got the ballots reversed.”

In a break with precedent, the composer of this year’s winning palindrome will get to name one of the island’s new dive sites.

“Years past we let them name a site after the winning whaddya-call-it,” marine parks spokesperson Val Schrader said. “That’s how we ended up with Satan Oscillate My Metallic Sonatas reef and wall. We’re not having a repeat of that nonsense.”

“Payne Hanover won an honorable mention for ‘rum, rum, I murmur,’ but I don’t think he knew he was competing,” Lamme said. “Frankly, I’m not sure he was fully conscious.”

Island authorities are prepared for unruly crowds after last year’s brawl between rival palindromers spilled into the street, sending six festival-goers to the island clinic.

“It was a question mark that caused the ruckus,” Island Police Constable Rafe Marquette said. “Alison Diesel rattled off, ‘Golf? No sir, prefer prison flog,’ Jessie Catahoula wanted it disqualified because the punctuation didn’t work in reverse, then all hell broke loose.”

The festival will also feature palindrome-related music and film.

“We’ll be playing ABBA and Emily’s Sassy Lime all weekend,” Lamme said. “We’ll also be showing select movies in forward and reverse. Most people don’t realize Oklahoma! played backwards is Paint Your Wagon. You just have to squint. And pinch your ears.

“After midnight there’ll be a reverse beer drinking contest out back, too,” Lamme added, “but that’s not an officially-sanctioned part of the festival.”